This photo was taken by legendary photo journalist Joe Stevens at a party after his talk about his life photographing some of the music industry's major artists, during the 2013 Portsmouth Singer Songwriter Festival, at The Loft in Portsmouth, NH. Photographer David J. Murray (me,, in the middle), had set up and taken similar shots of Joe with some of his adoring fans, and then handed Joe the camera for him to take the same pic with me in the middle. 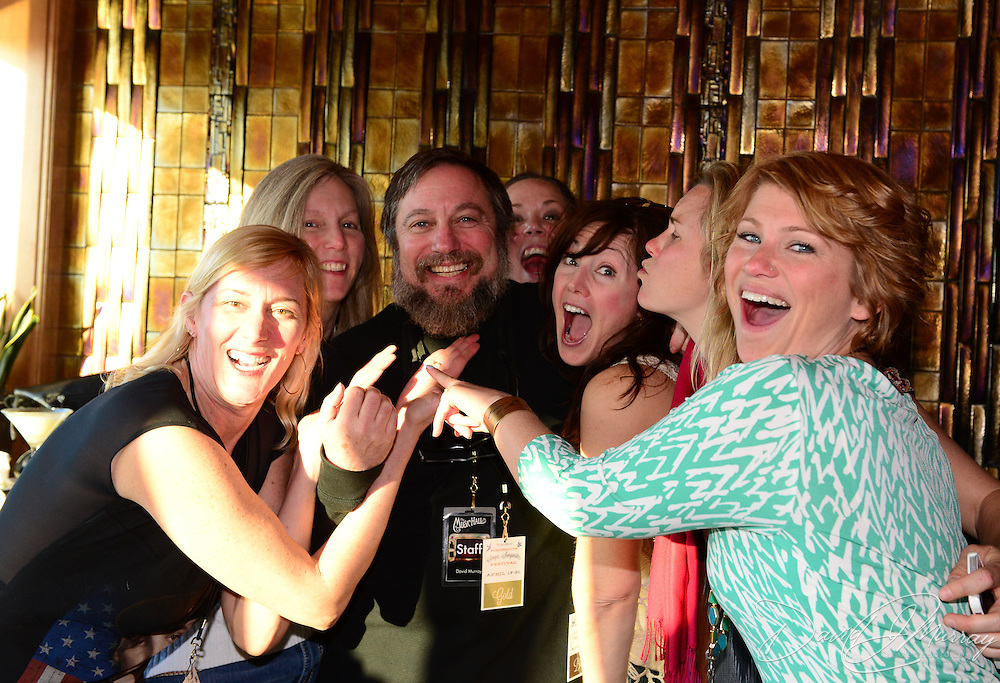